We’ve seen some false ORICON stat information floating around recently; even from professional sites such as Soompi & Naver articles (which is really what prompted us to write this post). Things like “first ever” and “highest sales”. But it’s not entirely their fault. ORICON KPop stats can be hard to come by, especially for older records.

We’ve also seen newer fanbases confused about stats such as how many days are in an ORICON chart’s first week (six) and how ORICON charting works.

So we here at KpG are here to help.

Why Does KPop Care About ORICON?

The Japanese market is the 2nd largest music market in the world. If you can make it in either Japan or the US (the #1 market) you have a greater chance of making it globally, and even if you don’t get the global spread you’ve gained all those large market sales.

How can I Purchase for ORICON Charts?

But what we can do is understand how the charts work so we can read, record, and celebrate achievements of our faves properly.

First thing to note: ORICON’s rules are strict, but that’s because the stated goal is to truly reflect a snapshot of Japanese interest.

SNSD wasn’t the “First Gen” of KPop to invade Japan. The actual First Gen Hallyu Wave was BoA, Baby V.O.X (although they were much more popular in China), Ryu Si Won, and actor Bae Yong Jun. The second major Hallyu Wave in Japan began around 2010. Tohoshinki (TVXQ) is considered part of both waves since they debuted and rose to popularity between the 2.

Note: ORICON sales prior to 2009 used an approximated system. Sales were reported to ORICON by top selling stores and then the reported number was multiplied by 1.75 in order to “count” all sales.

Getting the Records Straight

Secondly, let’s clear up some rumors with Oricon Fun Facts: 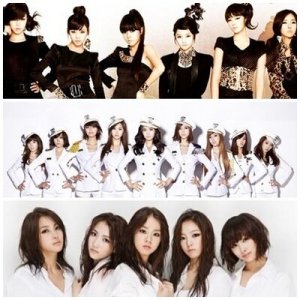 As mentioned above, the battle for best Korean girl group was an all out war in ORICON charting between 2010-2014. Many new kpoppers think Girls’ Generation (SNSD, Shoujo Jidai) was the main girl group in Japan because of marketing, but the first girl group in almost everything was actually KARA. First in ORICON’s Top 10 (“Mister” 2010 – #5 on Daily Singles Chart, #9 on Weekly Singles Chart), first to get gold (100,000) in the first week (“Girls Talk”, 2010), first to go platinum (Girls Talk, 2010). KARA also still holds the record for highest album sales for a girl group in the first week with 275,206 units (“Super Girl”, 2011).Although none of records came close to BoA levels (who went double platinum in first week sales with “Valenti” in 2003), the massive amount of releases published was impressive. You can see from the chart below the records, the dedication, and the turning point of the completely exhausted (and broke) market. And this was just the top 3 girl groups. This doesn’t take into account solo acts, male groups, and the rookie girl groups attempting to break into the market. With new records appearing we fear the battle scars of our 2nd gen kpoppers to help chart their faves will get lost, so we’re listing the stats here to preserve them for future generations.

One thought on “UNDERSTANDING ORICON CHARTING (AKA: the explanation, records, & brief history of KPop in Japan with a dash of politics… because why not?!)”

Hit us up on twitter @KpoppersGuide and stay in the know on the latest Tour info and kpop updates.